SCREAM QUEEN: Murder Is Wasted on the Young

Welcome to Ryan Murphy’s Scream Queens, where the police are useless and no one knows how to conduct a murder investigation.

Episode 2 picks up the morning after of Deaf Taylor Swift’s gruesome beheading. In a voiceover, Dean Munsch wishes for the pre-cellphone days, where a student could get brutally killed in a sorority house and the school could handle it quietly without the death becoming a hashtag.

Yeah, those pesky teenagers and their annoying demands for “answers” and “justice.”

Dean Munsch orders the Kappa sister and pledges to stay put on campus until the investigation is finished. Grace takes the opportunity to suggest that the pledges move into the house full-time, which Chanel #5 vehemently protests against. Murder or no murder, it’s against the rules for pledges to move into the house before Hell Week is over.

Of course, the Chanels have another reason to keep as many people out of the house as possible: they still haven’t figured out how to move Chanel #2’s dead body. Hester interrupts as they debate and offers them highly detailed suggestions on how to dispose of it. “Back off, Lea Michele! This is my Ryan Murphy vehicle–not yours!” snaps Chanel. She tells Hester to stay out of it, and the Chanels follow their usual plan to stuff the body in the meat locker.

These girls need a better plan.

They should take a cue from people who know how to get away with murder.

They then proceed to a meeting with their new security guard, Denise Hansfield, who is completely useless albeit hilarious.

When Grace goes to the KTT basement to get more cleaning supplies, she notices a secret locked door. She tells Pete about it, and they decide that while he breaks into the Dean’s office to steal records about the KTT house, Grace will find out what’s behind the door. They get so turned on by their basic Nancy Drew-Hardy Boys act that they kiss passionately. However, Grace puts on the brakes and tells Pete they should wait until after the murder investigation to explore the mystery of each other’s bodies.

So he asks for a professorship position at the school so he can work and keep an eye on his daughter.

Grace breaks into the room behind the secret door and finds a bloodstained bathtub, yellow dress, and mix CD from the 90s featuring the song “Waterfalls.” Chanel appears and informs Grace that she has stumbled onto the Kappa’s secret room of secrets. She explains that the items are from the premiere’s flashback, where a ’90s Kappa pledge gave birth and died in the bathroom. However, she adds new details to the story: Ms. Bean and Dean Munsch arrived on the scene to help cover up the death.

“But what happened to the baby?” asks Grace.

Later, Chanel is having sex with Chad until his necrophilia fetishes become too much for her and she kicks him out. Well, she and Dean Munsch finally have something to bond over–bad sex with Chad. He kept his boxers on during the act apparently so in addition to be a ditzy necrophiliac, he is a never nude.

Cheer up, Chad. There are dozens of you.

Chad goes back to his room, where his gay roommate Boone asks if they can spoon together on account of Boone being scared of the serial killer. Of course, Chanel walks in and sees them and is angry. “Wait, what are you doing back here? I thought you broke up with me?” asks Chad and the audience at home.

It’s because Ryan Murphy said so, kids. Get used to that.

Chad tells Chanel since she can’t handle everyone wanting to have sex with him, their relationship isn’t going to work out. Seriously, that’s the reason for the break up.

Anyway, Grace and Pete meet up the next day to compare their findings. Grace is shocked to see that Pete has the devil costume that the killer wears in his closet. Pete claims that he is the school mascot, but Grace adds up the other information she has: 1) The baby born in the Kappa house would be twenty today and Pete is twenty 2) The baby would probably have grown up to hate the Kappa house and Pete hates the Kappa house 3) The baby would also have to be crazy to be a killer and Pete does have history of stalking.

For some stupid reason, she decides to add up this information aloud–in Pete’s presence. “So you think I’m the killer?” Pete asks. “Is that wise to confess right in front of me?” 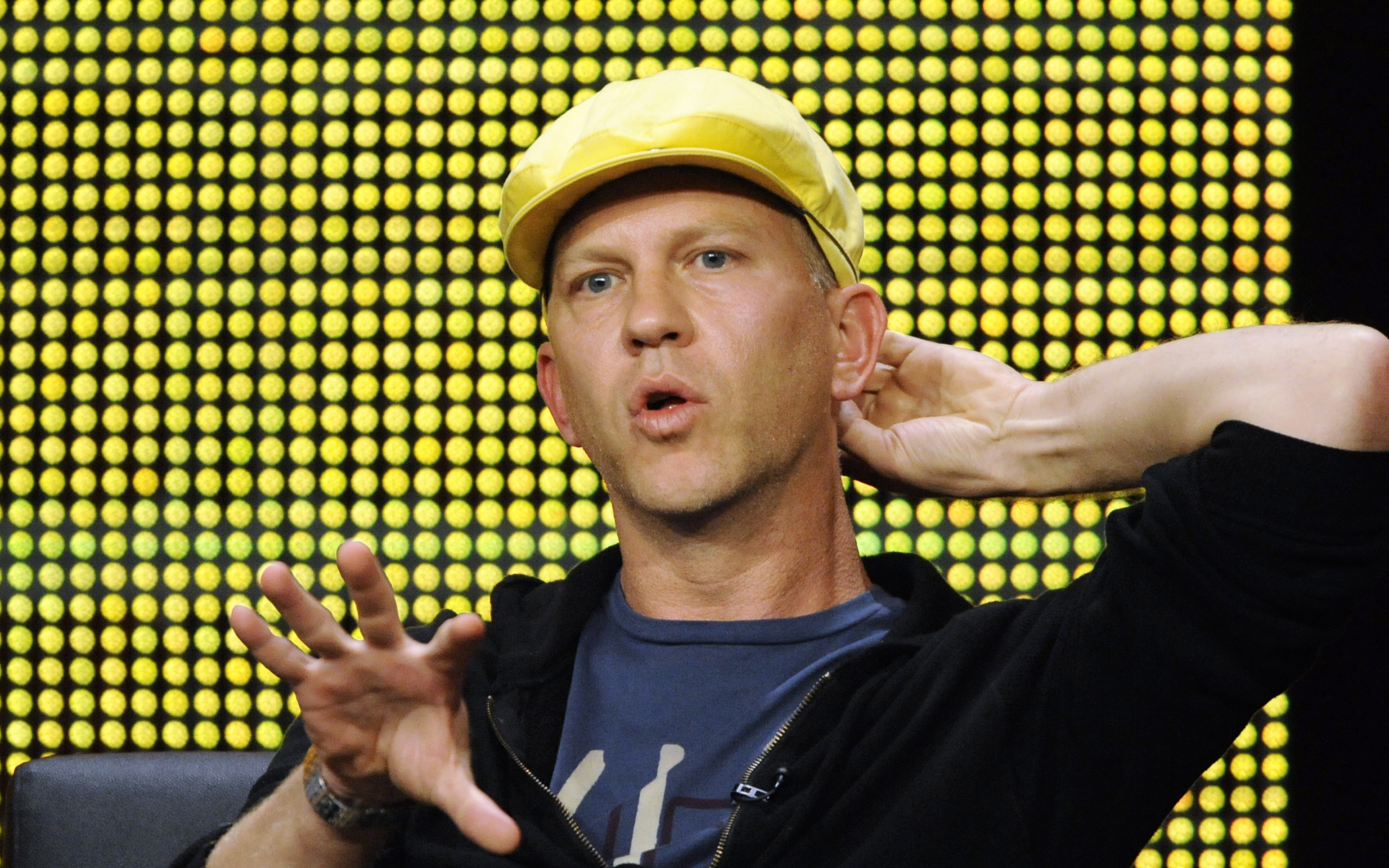 The Chanels meet at the coffee shop to discuss their hazing plans when Boone approaches them to make a deal: the Chanels can out him but they have to let him join the Kappa house. Chanel #5 is immediately opposed but Chanel agrees to the deal because she figures it will be her on excellent terms with her gay make-up artists/wardrobe assistants when she is a famous newscaster. Chanel #5 is furious and threatens to destroy Boone if he embarrasses the house.

I guess because Boone is already a member of a fraternity, he doesn’t have to report to the Kappa house for hazing. At the house, Grace realizes her dad is doing his own security guard act. Even though he’s probably better protection than Denise, Gigi volunteers to talk him into leaving. Because she isn’t cloyingly desperate and can sing along to Wes’ mix CDs, he accepts her offer to go on a coffee date right then and there. Dean Munsch watches them from afar and seethes with jealousy.

The nightly hazing is interrupted when Chanel claims to have seen the Red Devil. The girls immediately run upstairs, much to Denise’s chagrin but luckily (or unluckily) the killer has already fled. All he left was a message in red paint saying, “SLUTS WILL DIE.” Denise runs out to check on her friend Shondell, who was keeping her company as Denise guarded the house, and is horrified to see Shondell is dead.

Meanwhile, Boone is exercising in his room when the Red Devil appears to him. “What, am I supposed to be scared?” he scoffs. Later, when his fraternity brothers arrive, they find him splayed out on the dining room table with his throat cut. Chad and Denise report to the Kappa house about their respective friends’ deaths.

However, the Red Devil helps Boone out of the morgue locker, revealing that Boone faked his death.

“What took you so long?” Boone asks.

Denise Hansfield’s monologue on how to call her for help. God bless Niecy Nash.

“Shondell! Why you got a knife in your throat?!” –Denise Hansfield