Dance Moms is awful. Yes, Abby Lee Miller is the worst. Yes, I know all that drama is scripted. Yes, it’s awful that talented little girls are being exploited by producers. Yes, Lifetime should cancel this show and focus on making the next super cheesy movie that preys on all the fears a suburban mom has about online predators and what happened behind the scenes on 90s family TV shows.

But I really really like Dance Moms, you guys.

Dance Moms, if you somehow don’t know, is a reality TV series centering on the Pittsburgh-based Abby Lee Dance Company, starring Abby Lee Miller and the lucky prepubescent girls who are part of her competitive dance team, along with their beloved (s)mothers, who often argue with Abby and each other to secure their children the best solos.

And I love it.

EVERYTHING IS SO INTENSE! NO EXCEPTIONS!

The way Abby talks in her confession cams, you’d think she was prepping her eight year olds to go to war, not compete in a regional dance competition with a ridiculously cutesy name. 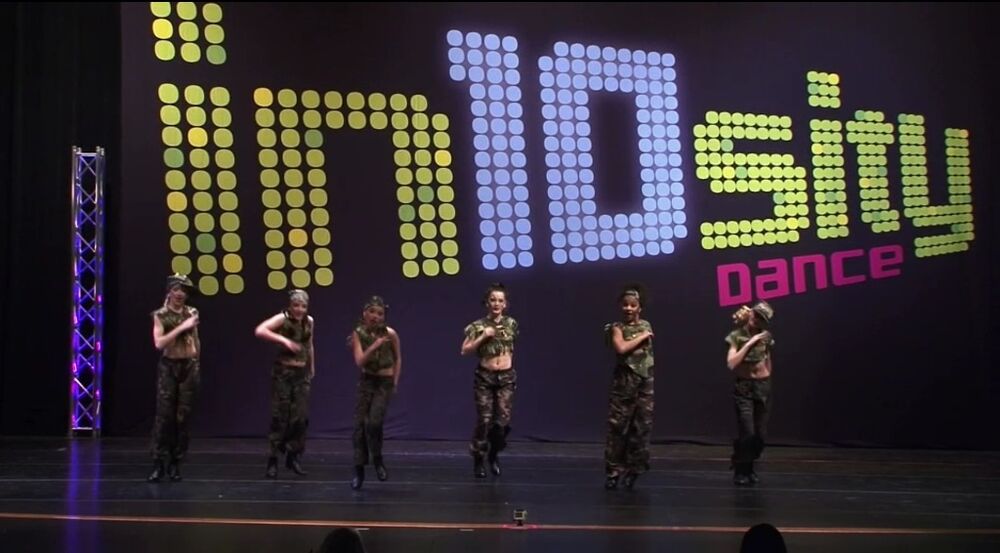 To Abbey, this stage is a battlefield

If I had a drink every time Abby insisted that this competition was crucial, or it was important to get this choreography right, or the girls had to be the best or else…well, let’s just say I would be writing this article from a 12 step program.

But I love this intensity of “OMG THE WORLD WILL END IF WE DO NOT GET THIS RIGHT.” Partly because it’s so laughable to see people care so damn much about a cheap trophy, and partly because it shakes me out of my apathy. The daily grind of the day can take so much out of me, but when I tune in to watch Abby have a screaming match with one of the mothers over putting sequins on a tube top, it reminds me that there is still stuff out there worth caring about.

Even putting sequins on tube tops.

Batman has The Joker. Superman has Lex Luthor. Every show needs a villain to go against, and Dance Moms is no exception. Abby Lee Miller’s biggest competition is Cathy Nesbitt-Stein, who owns a dance studio of her own called Candy Apples Dance Center. Except the problem is that Cathy’s supervillain schemes are more on the level of Dr. Heinz Doofenshmirtz than Dr. Doom. Even her smack talk is weak

Cathy’s idea of intimidation included getting the same music as Abby and building an all-male dance team. That’s it. She doesn’t even try anything truly devious like ruining costumes, setting Abby’s dance studio on fire, or just showing the judges clips of the show. It’s just hilarious to watch Cathy toss G-rated insults at Abby and Abby froth at the mouth in the confession cam, especially when you remember they are fighting over something so petty . It’s like watching two toddlers fight, honestly.

Until Lifetime gets the rights to that, I’ll tune in to Cathy-Abby fights.

One redeeming quality of this show is that the actual members of Abby Lee Dance Company are very sweet and kind to each other against all odds. Abby regularly uses a pyramid at the beginning of every episode to critique the girls, and obviously everyone wants to get to be the one on top.

You’d think that pitting prepubescent girls in a highly competitive environment that is centered around looks and how high you can lift your foot over your head would spawn the second coming of Regina George, but the girls are mostly sweet and supportive of each other, even as their parents and Abby try to pit them against each other.

Of course, this could all be manufactured reality TV show stuff, but I’m hoping that it isn’t.

Since the girls are mostly little angels, it’s the moms who become the crazed reality TV devils. They each want their daughter to be in the spotlight and resort to catty behavior in their attempts to do so. But of course, they’re all mothers so their cattiness gets delivered in true, passive aggressive mom fashion.

I know that pushy stage parents are awful and it’s wrong to encourage such behavior by rewarding these people with reality TV shows that give them fifteen minutes of fame, but…they’re just so funny and entertaining.

With all the bickering, bitching, and bashing that goes on on the show, sometimes you forget that it’s called Dance Moms. But when they do get around to the dancing, man, it is a sight to behold. Say what you want about Abby Lee Miller, but she can choreograph a pretty decent number.

But seriously, I am impressed with the dance numbers they come up with each week.

I don’t know who should get most of the credit: Abby or the immensely talented girls in the company. In a strange way, we should be grateful Dance Moms is on television. Who else would star in Sia’s music videos?