Those crazy Kiwis are at it again! A mere four years (roughly the age of a large toddler) since the cancellation of their not-exactly-a-hit-but-still-very-funny HBO series . . .

THERE’S GOING TO BE A FLIGHT OF THE CONCHORDS MOVIE! (Sometime soon . . . but possibly not in the very near future, as the music group doesn’t seem to know what such a movie would be about, or who would star in it, or if it would feature rapping jungle animals as a major plot point.)

So, who are Flight of the Conchords, you ask? 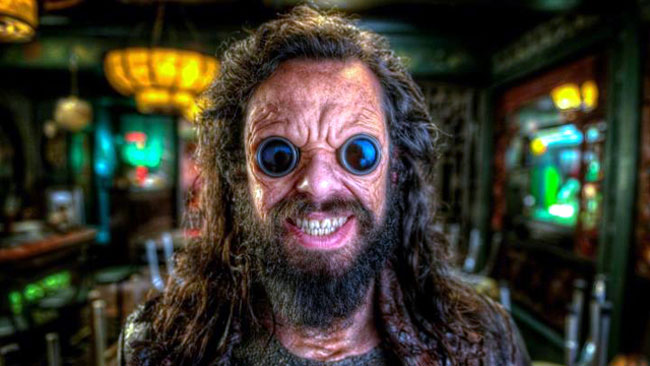 . . . or from those occasional times when he actually plays a human in stuff.

Also in the band, Brett McKenzie, who you probably remember as That Hot Elf from Lord of the Rings . . .

Together, the pair sing folks songs that help their listeners navigate situations they may experience in their everyday lives. Like this song, on how to cope, in the event that the world suddenly becomes overrun by evil robots . . .

Here’s a great instructional song about how to successfully navigate a sausage party!

And this one tells you exactly what to say to make that girl or guy you’ve been crushing on, lately, feel really special . . .

. . . then, once you’ve gotten that girl or guy to be yours, Flight of the Conchords is still around to teach you how to have weekly, perfunctory sex with them!

See? These guys are awesome, right? Who wouldn’t want to watch a movie about them . . . assuming they actually end up making a movie? (Because, to be honest, I’m not sure they are really going to make a movie, as the article that referenced the upcoming film was kind of vague, and actually seemed be promoting some other project in which Jemaine Clement was involved, but whatever. I’m choosing to be hopeful, dammit!)

For those of you who have yet to experience the joy that is the not-so-recently cancelled series Flight of the Conchords, you can catch it on Netflix . . . but only if you are one of the two people on the planet who are still getting DVDs from Netflix, because the series, unfortunately, isn’t offered via streaming . . .

Then again, you could always just type the phrase “Flight of the Conchords” into your YouTube search bar and watch all the band’s music videos there, like I did in preparation for writing this article, because I was clearly hard up to find good writing material this week.

Is that the kind of thing that you think you might be into?